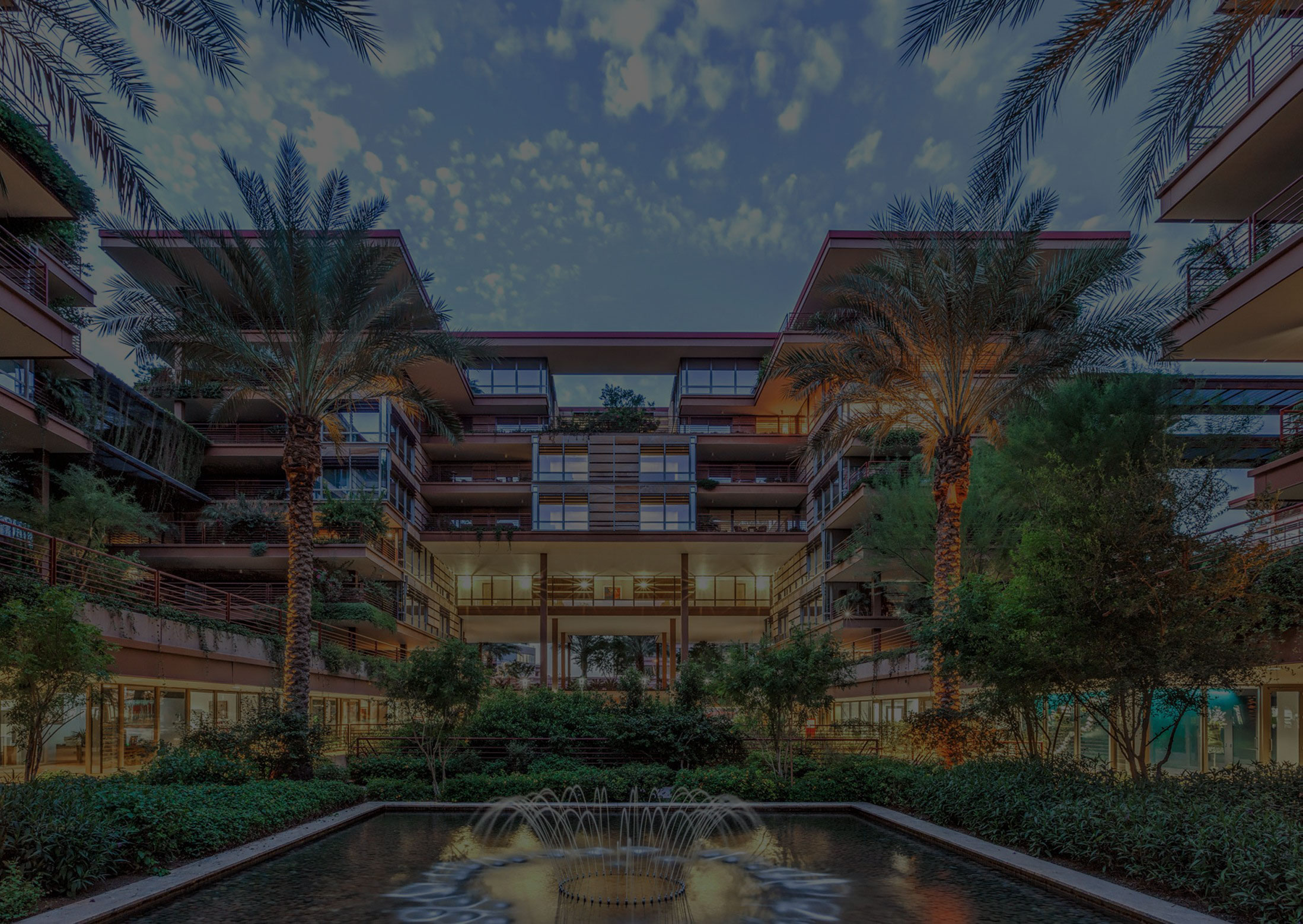 FIND THE PERFECT PHOENIX CONDO FOR YOU

TAKE A BUS TOUR OF THE BEST URBAN CONDOS IN PHOENIX!

HUNDREDS OF URBAN CONDOS TO CHOOSE FROM.

Within walking distance to an abundance of art, culture, delicious eateries, the lite rail and much more, sits Phoenix Towers. This true mid-century tower has been preserved and celebrated with the spirit in which it was created by its residents. Today we bring you unit 5E, a dwelling emblematic of that spirit, whose caretakers have painstakingly improved while maintaining those original elements that tell its story. The natural orientation of 5E manifests superb views and allows perfect sunlight to stream inside, making for an open and airy feel. White Oak Luxury Viny Planks have been installed throughout, and the kitchen opening widened, welcoming you into a warm kitchen with the original and preserved ''Beauty Queen White'' metal cabinetry, Hotpoint Oven, and the Nutone Hood...
$379,000
2 Bed 1.8 Bath 2 Garage
Scottsdale
For Sale
Unit D3001
SHARE

Rare and one of the largest floor plans conceived/AIA awarded residences of Safari Drive. One level, large open floor plan with 3 patios. Extremely quiet with No neighbor on either side Safari Dr has a complete fitness center/2 swimming pools. Minute walk from Scottsdale Fashion Square and first class shopping & dining of Old Town Scottsdale! Truly a must see!
$2,050,000
3 Bed 2.5 Bath 2 Garage
Phoenix
For Sale
Unit 207
SHARE

CHECK OUT SOME OF OUR LATEST LISTINGS

Why Buy an Urban Condo?

For decades real estate in Phoenix was all about suburbia and the thousands of stucco and tile roofed homes that offered very little difference from one another.

• And when they got home, exhausted and burnt out on driving, they clicked the garage door remote, entered their home and were not seen until it was time to drive again.

This was old Phoenix. It was anti social. It was car dependent. It was bad architecture. It was blah.

But Then Urban Condo Projects Were Built

Urban living in the Valley is the polar opposite.

People who live in high rise condos in Phoenix know their neighbors. They walk to the local bar. They bike to restaurants. They light rail to events in downtown Phoenix or Tempe.

They get out of their homes and live life.

World travellers who see Phoenix urban condos say, "These remind me of Europe." They are vertical and cool and close to things.

These people get it. They want to walk instead of drive. They want to bike instead of commute. They prefer mom and pops over big box shopping malls. They dig eclectic restaurants, boutiques, pubs and diverse people.

Urban is where it's at.

The Mill Avenue District of Tempe is arguably the densest area in the entire Valley and about to enjoy an incredible boom.

The district runs along Mill Avenue from Tempe Town Lake to University Drive (about a mile).

I love this town and it's about to get even better.

Right now, as I type this, there are seven cranes visible from my office. Over 2.4 million square feet of office space are being built, all walking distance from Mill Avenue District.

• State Farm is taking 1 million square feet to house 8,000 employees. What will this do alone to increase the amount of food and entertainment along this one mile stretch?

• Now consider all the people who will fill the other 1.4 million square feet.

• Plus a Whole Foods is scheduled to be built on University Drive just west of Mill Avenue.

• And construction of an AC Marriot Hotel has been begun near the corner of Rio Salado and Mill Avenue. Another hotel has been proposed catty corner to the Marriot and another hotel across the street.

I'm telling you Tempe is on Fire!

1. The second phase of a very cool high rise student housing tower called University House (The Hub) is under construction.

2. USA Basketball is working to build a $464 million complex at the corner of University and Mill Avenue complete with an Omni Hotel, sports arena, conference facilities, apartments, retail and entertainment. A truly work class facility.

3. And last but not least, ASU has begun the process of planning a master planned sports, entertainment, commercial and residential project that will run from basically the current football stadium north to the Town Lake and then east along Karsten Golf Course.

Everything mentioned above are projects currently under construction or in the planning stage. Believe me, there are several other condo and townhome communities that are just about to be announced in the Farmer Avenue Arts District and beyond.

If you like what you just read, make your move soon, while you can still buy into the Tempe urban phenomenon.

And you may want to start your search at Farmer Avenue Lofts a super cool and modern 18 townhome community that We Know Urban Realty has for sale. The homes are huge at 2500 square feet with great architecture and style and located a short 1/3 mile walk from the heart of the Mill Avenue District.

Phoenix Urban Living is Humming Too

Phoenix is a much larger city than Tempe and is much more spread out. Where Tempe has one major urban core Phoenix has three and even these are not as well defined as Tempe.

The huge drivers for growth in downtown Phoenix has been the rapid development of ASU and the completion of the light rail. Almost overnight downtown Phoenix went from being a barren wasteland at sunset to a thriving and fun evening entertainment destination.

With great restaurants like Arrogant Butcher, Blue Hound Grill, Cibo and others like FEZ moving downtown the area has a lot to offer. Combine these with the athletic venues and bars and increased population that came with ASU student housing and the recovery of such high rise condo buildings as Summit at Copper Square and 44 Monroe, downtown Phoenix is thriving.

A couple communities to keep your eyes open for include:

• Portland on the Park, a large 170 residence condo and loft project near the north side of downtown Phoenix.

• Edison Midtown, a five story, eighty residence building right around the corner from Tapestry on Central and across from Regency on Central.

Expect downtown Phoenix and to a lesser degree midtown Phoenix to continue to grow up (meaning skyward) and enjoy more density. And remember with density comes more restaurants, bars and entertainment; with more amenities come more people interested in living in the area… and the cycle continues.

Also expect to see more and more interaction between downtown Phoenix and Mill Avenue in Tempe thanks to the light rail. We are getting more and more clients who are insisting to be on the rail. Young and old love the idea of partying guilt and risk free and with so many great new restaurants we expect this trend to continue. But of course, as interest in an area goes up, expect real estate prices to go up as well.

So again, if you like the idea of urban living, act sooner than later as prices are going up.

And Then There is Scottsdale

Downtown Scottsdale is the only area that can give Tempe a run for her money in the growth department. The Old Town area of Scottsdale is enjoying a construction renaissance now that buildings like Safari Drive, Scottsdale Waterfront and Optima Camelview Village are sold out and thriving.

Look around the area near Scottsdale Fashion Square and you’ll see newly completed or currently under construction projects like:

Presales and Drawing Board

Many other communities are either already planned or on the drawing boards. The communities range from the eight story, 89 condo residence midrise building called Envy in the Entertainment District to Aerium, a twenty seven individual residence community (detached – meaning not condo but individual homes) near the Scottsdale Arts District to Aerium Encore, another 24 residences to be built by the same developers of the original Aerium.

And of course there or many other small infill projects that are just being presented to the Scottsdale planning and development department for the downtown Scottsdale area as well as the Kierland area in north Scottsdale.

Use this web site to stay on top of what’s going on. Sign up for our emails and our property notifications. Yes, we will follow up with you but we won’t bug the heck out of you. Our goal is to do business with you… not alienate you.

Or they build what they or designers or market researchers think buyers want.

A good architect can come up with design that will "wow" buyers at first blush but few buyers buy a property implusively.

Instead, buyers visit a number of communities over the course of days or weeks spending very little time at any one community. They quickly assess likes and dislikes at each community and eliminate the properties that don't stack up.

Then the real shopping begins. Buyers will visit the few properties that make the cut two, three or more times to compare various attributes (hot buttons) until they are confident that they have made the right decision before they sign a contract.

Bells and whistles (e.g. fancy gidgets and gadgets) don't matter. People buy what they value most, their hot buttons.

We know what these hot buttons are.

The more hot buttons a developer can hit while still keeping the prices where they need to be and maintaining margins the better the commmunity will do.

We Know Urban Realty can help you do just that. 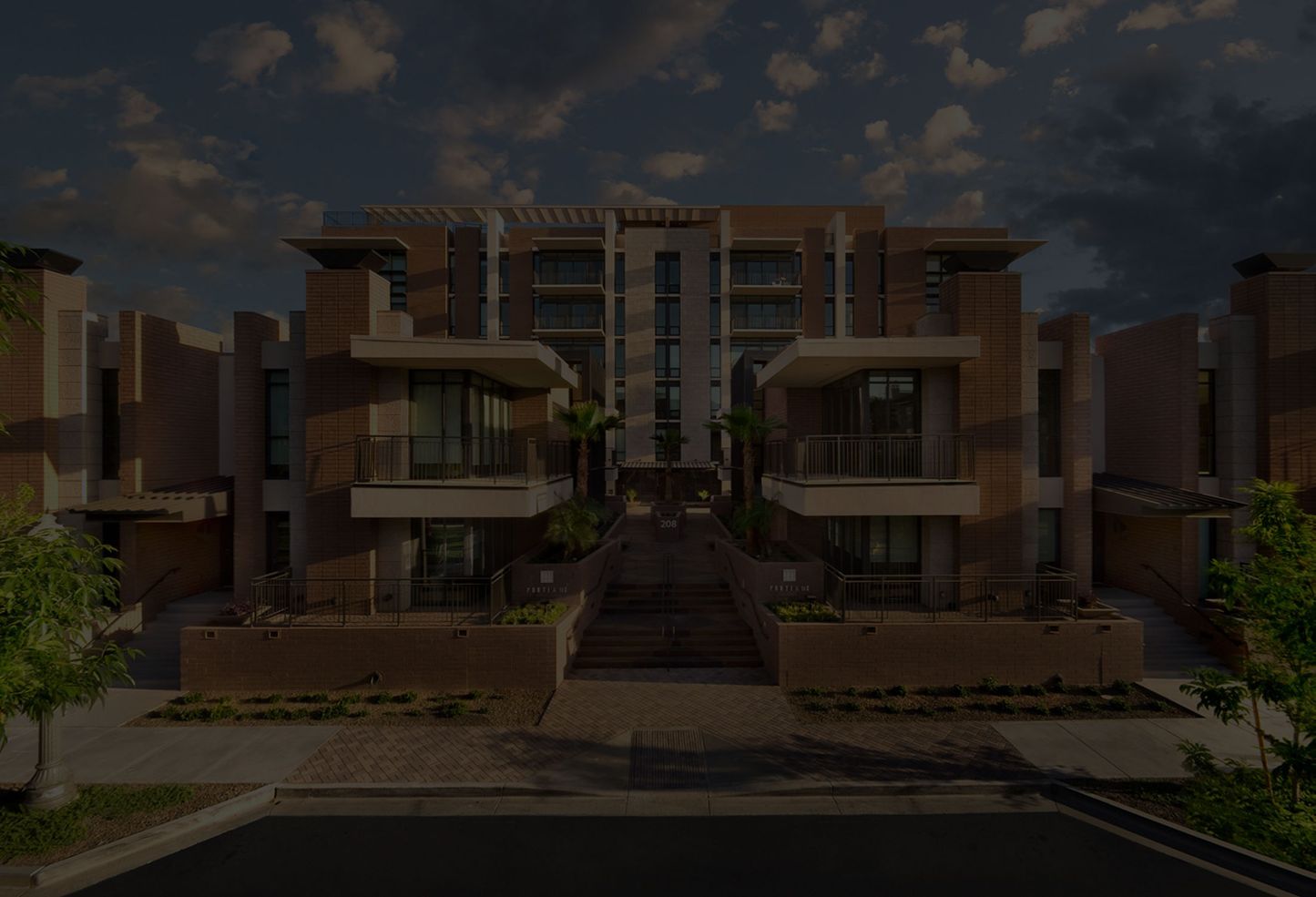 WHY DO OWNERS HIRE US TO SELL THEIR PROPERTIES